We are currently experiencing higher demand for our products, resulting in some out-of-stocks. Thank you for your patience and support! FREE Standard Shipping on orders of $50 or more ‡

In March, Supply Chain Manager Lin Yu and I traveled to China and Sri Lanka for three weeks to visit potential suppliers and contract manufacturers. The trip was long, fast-paced and very exhausting, but we were able to audit some of the best manufacturing facilities that I have seen anywhere in the world. 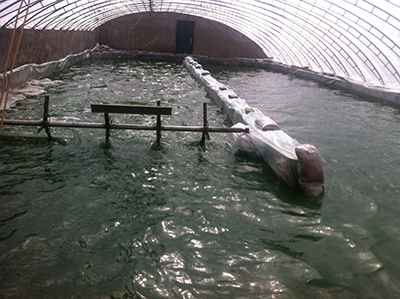 We arrived in Beijing on a Wednesday and the following day headed off to Erdos, Inner Mongolia (about a two hour flight from Beijing) to visit a potential organic spirulina powder supplier. The company was just gearing up for the growing season and although they were not yet in full production mode, we were still able to see the seeding ponds where the pure spirulina cultures are added to nutrient-rich water to eventually seed all of the growing ponds. We found the company to be a top-notch manufacturer with pharmaceutical-grade equipment and facilities.

Early the next morning we flew to a different part of Inner Mongolia (Tongliao) to visit a botanical extract supplier. The area was very arid and looked much like the high plains of the Mountain West. We found a highly sophisticated botanical extraction facility that was unlike any I have ever seen anywhere in the world! That evening we boarded the plane back to Beijing, tired but excited about finding another high quality partner. 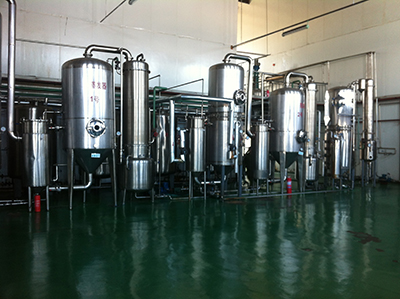 Monday morning we headed east to the industrial city of Tangshan in northeast China (Hebei Province) to visit a potential supplier of chondroitin sulfate. After a long day at the plant and traveling back to Beijing by car we got a little bit of sleep before leaving Beijing for good.

The next morning we flew to the city of Yantai in Shandong Province to audit an existing supplier. We spent the day auditing the supplier for conformance to good manufacturing practices and NOW’s quality requirements and found the company to be in full compliance. The company also showed us their establishment inspection report for their recent FDA inspection. No adverse conditions were found.

From Yantai we traveled to Rocheng City, where we visited a potential contract manufacturer and found them to be an excellent facility. Their facility was state-of-the-art and the design of the facility and production equipment was much better than most facilities in the U.S.

The next day we traveled to another part of Yantai to visit another potential chondroitin sulfate supplier. We found this manufacturer to be among the best I have ever seen! Their commitment to quality was evident in everything they did from manufacturing to testing. Their analytical laboratories were among the best equipped that I have seen anywhere and rival our own laboratory facilities. They have a very mature quality system in place with processes that ensure consistency and reproducibility. They’ve also gone through the USP Dietary Ingredient Verification Program, which consists of a rigorous audit and extensive testing of the material before they are allowed to use the verification mark. We came away from this visit with an excellent partner in quality.

Our next stop was the coastal city of Qingdao, also in Shandong Province, where we began the week by auditing another manufacturer of chondroitin sulfate. We found yet another high quality supplier to add to our list of potential suppliers.

We spent the next day traveling to the city of Qufu located in the central part of Shandong Province. Here we visited a new manufacturer of enzyme-treated stevia. The facility had an impressive array of stainless steel tanks and vessels built to pharmaceutical standards.

The next morning we flew two hours south to Shanghai to attend a trade show for Chinese ingredient manufacturers. We were able to make some good contacts at the show.

We audited a potential contract manufacturer of softgels, tablets and gummies in Shantou. The facility and equipment were designed and built to pharmaceutical standards and the laboratories were well equipped and staffed with qualified scientists. Their quality systems are designed to the highest standards and mesh well with NOW’s quality philosophy.

Next we flew from Shantou to Colombo, Sri Lanka. In Sri Lanka we visited three new coconut oil suppliers to help meet the increased demand and the decreased supply from the Philippines due to the typhoon that hit the country in 2013. We spent the next two days auditing the suppliers.

In all we travelled over 22,600 miles by air, car and train over the course of 21 days visiting 12 suppliers. It was not easy being away from family or the office for such a long period of time, but making sure we source the highest quality ingredients is important to NOW’s mission and important to me as the director of NOW’s quality systems.