Fourteen healthy adult volunteers [7 males and 7 females, 25 to 59 years old (average age 46.9)] successfully completed a series of online surveys related to the quality of sleep. The study was conducted in two phases.

The study was not blinded. Rather, the study was designed to collect self-reported data from the volunteers fully aware of the nature of the supplement they were taking. Upon completion, the results were collected and analyzed for the following:

The results of the study indicate that volunteers had a positive experience with the dietary supplement Sleep (#4768, two capsules) containing valerian root, hops, passionflower and GABA. Volunteers fell asleep faster and woke up less often during the night while taking two capsules of Sleep one hour before bedtime.*

The highlights of the study were a feeling of being better rested upon waking up and an increased energy level during the day following the supplementation with Sleep.* A majority of volunteers described an improved sleep quality (felt a difference while taking Sleep).* Finally, on average, volunteers slept a shorter period of time while feeling more rested when taking Sleep, which reinforces the notion of improved sleep quality.* 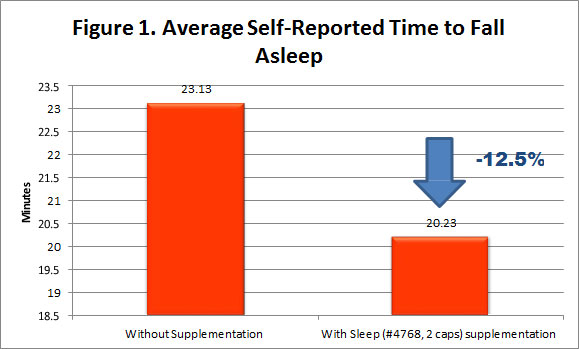 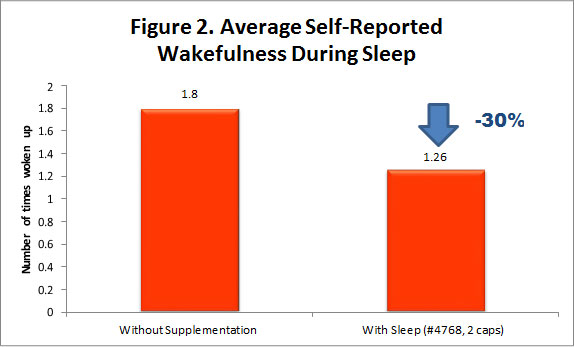 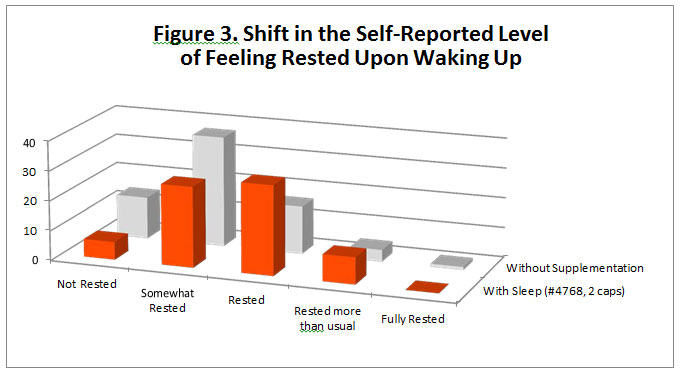 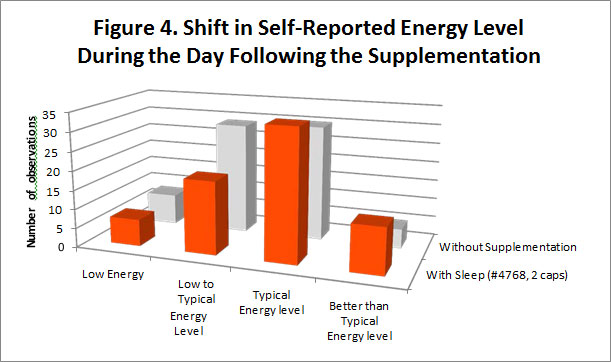 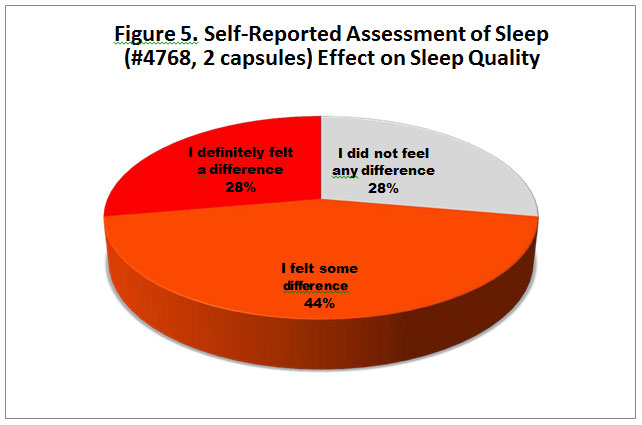