Hello! I am Kimberly Williams, a Jamaican Triple Jumper. I hail from St. Thomas, Jamaica where I was raised as an only child and spent my youth running around with my overly competitive cousins. My cousins were mostly boys and I took every opportunity to challenge them -- in sports and otherwise. They led me to my love of sports and eventually to Track and Field. Though I had dreams of becoming a world class Tennis player, my journey led me to Triple Jump.

Fortunately, my mom supported me by sending me to one of the best schools for Track and Field: Vere Technical High School in Clarendon, Jamaica. While I was at Vere, I made several Jamaican National Junior Teams and competed at the Penn Relays. My passion for Triple Jump grew because of early successes in the event and it helped me to secure an athletic scholarship to Florida State University (FSU) in Tallahassee, Florida.

As a student-athlete at FSU my athletic career flourished and I continued to dream of becoming an Olympian. I was a 5x National Champion and I represented Jamaica at two World Championships as a student-athlete, 2009 and 2011. I missed out on the Jamaican 2008 Olympic team because of an injury, but got more inspired and determined while watching the event. My focus zoomed in on the London 2012 Olympics and I did everything I could to stay healthy.

Upon graduating from FSU, I secured my spot on the 2012 Olympic team. Though I’d officially made the Jamaican Olympic Team, it didn’t resonate with me until I stepped on the track in London for the Women’s Triple Jump finals. I realized then that my dream had become a reality and that my hard work had paid off. All the days I spent racing and competing with my cousins led me to become an Olympian. I finished 6th in London with a personal best and everything has been amazing since then. This is my 8th season as an adidas Triple Jumper and I am in preparation for my third Olympic Games in Tokyo, Japan.

NOW® has been an important part of my training and nutritional regimen and has given me the peace of mind I need in knowing that I’m fueling and supplementing with products that are clean and certified for sports. I am super excited to be a #NOWAmbassador and have the support of a company that I trust. 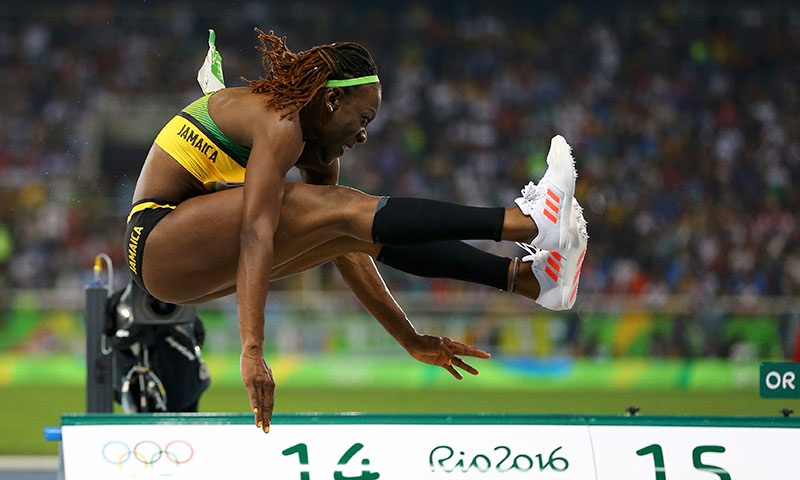 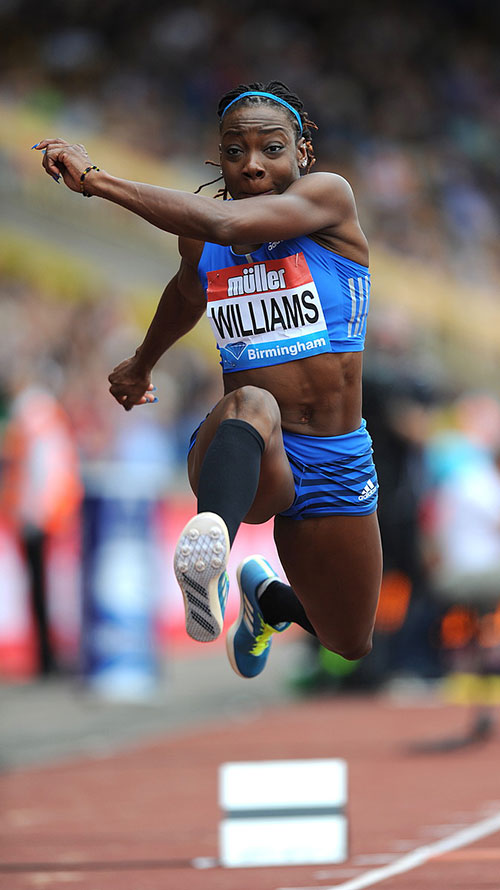 Honors while at Florida State University

½ cup of blueberries (can be frozen)

1 cup of water (or almond milk)