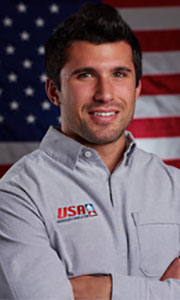 My name is Frank Del Duca, and I am a pusher/brakeman for the U.S. National Bobsled team. I was born in Broward County Florida, and played a variety of sports throughout my childhood in Florida, South Carolina, and Maine. I graduated from the University of Maine in 2014, with a bachelor’s of science in Kinesiology and Physical Education. While at Maine, I walked on to the Division I track and field team, where I became team captain and conference champion.  Due to an ACL injury, my track career was cut short, and I was not able to finish my senior season how I would have liked. As disappointed as I was not being able to defend my conference title and chase school records, I knew that I had more left in the tank.

Once my track and field career ended, I was still eager to become the best athlete I could be. I tried out for a AAA football team the following year, the Southern Maine Raging Bulls. I made the team as a kicker, punter, and wide receiver. However, bobsled piqued my interest a few years ago, and when the opportunity to try out presented itself, I had to pursue it. After taking part in one of many combines held across the country, I was invited to attend a rookie camp and compete in a Preliminary Push Championship for other athletes like myself. At rookie camp, I received maximum points on the power clean and squat tests, as well as placing third in the rookie push track competition. The coaching staff asked me to compete in the national push championships the following month, where I would push against veteran athletes with other rookies asked to return. Also, I was offered room and board at the Olympic Training Center in Lake Placid, N.Y. I stayed at the Olympic Training Center during the month between competitions, and I placed second at the national push championships. Shortly after, Olympic Gold Medalist and 2x Olympic Bronze Medalist Steven Holcomb asked me to push for him and I was named to the US Bobsled National Team.

Being a part of the U.S. Bobsled team is a dream of mine, and representing the United States is an honor. The sport is exhilarating, with speeds reaching 90+ mph and 5+ G-forces. I love the training, travel, people, competition, and adrenaline involved in bobsled. My goal is to represent the United States as a pusher/brakeman at the 2018 Olympics, and as a driver for as many Olympics as possible afterwards. 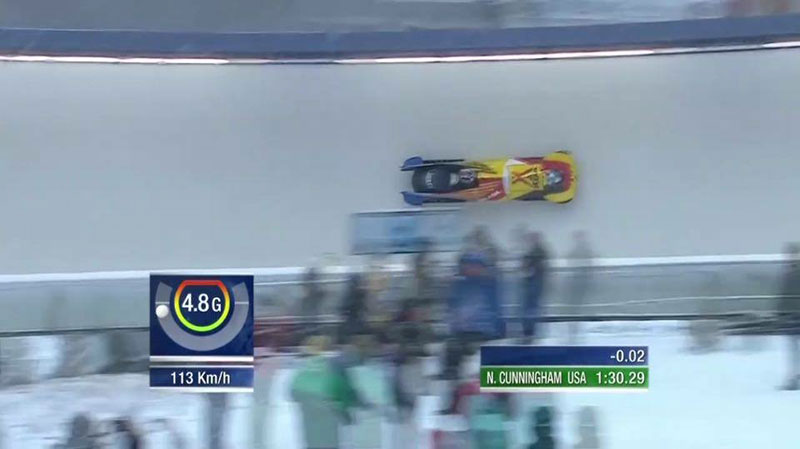