Thank you for your patience as we respond to higher demand, resulting in some out-of-stocks. Use code: HOLIDAY25 for 25% off on your entire order!*

Back in the early 60’s the health food industry was in its infancy. “Health foods” were obscure and peculiar, and health food enthusiasts were broadly categorized as hippies and granola-heads.

During these raw and formative early years, entrepreneur Elwood Richard started a small chain of health food stores in the Chicago area called Health House. A degreed physical chemist, Elwood’s collegiate research had focused on enhancing physical performance through the use of healthy foods and nutritional supplements. The knowledge he acquired during this time left him a firm believer in the benefits of natural products for health and quality of life, and laid the early foundation for his life-long love of nutrition and health foods.

After losing customers to a local supermarket due to the high cost of his products, Elwood realized that in order for his health food stores to survive and thrive they needed to offer affordable natural products. Healthy foods wouldn’t last if no one could afford them. So he started his own natural products manufacturing company to supply his stores, which afforded him complete control over product cost and quality. NOW® Foods was born. 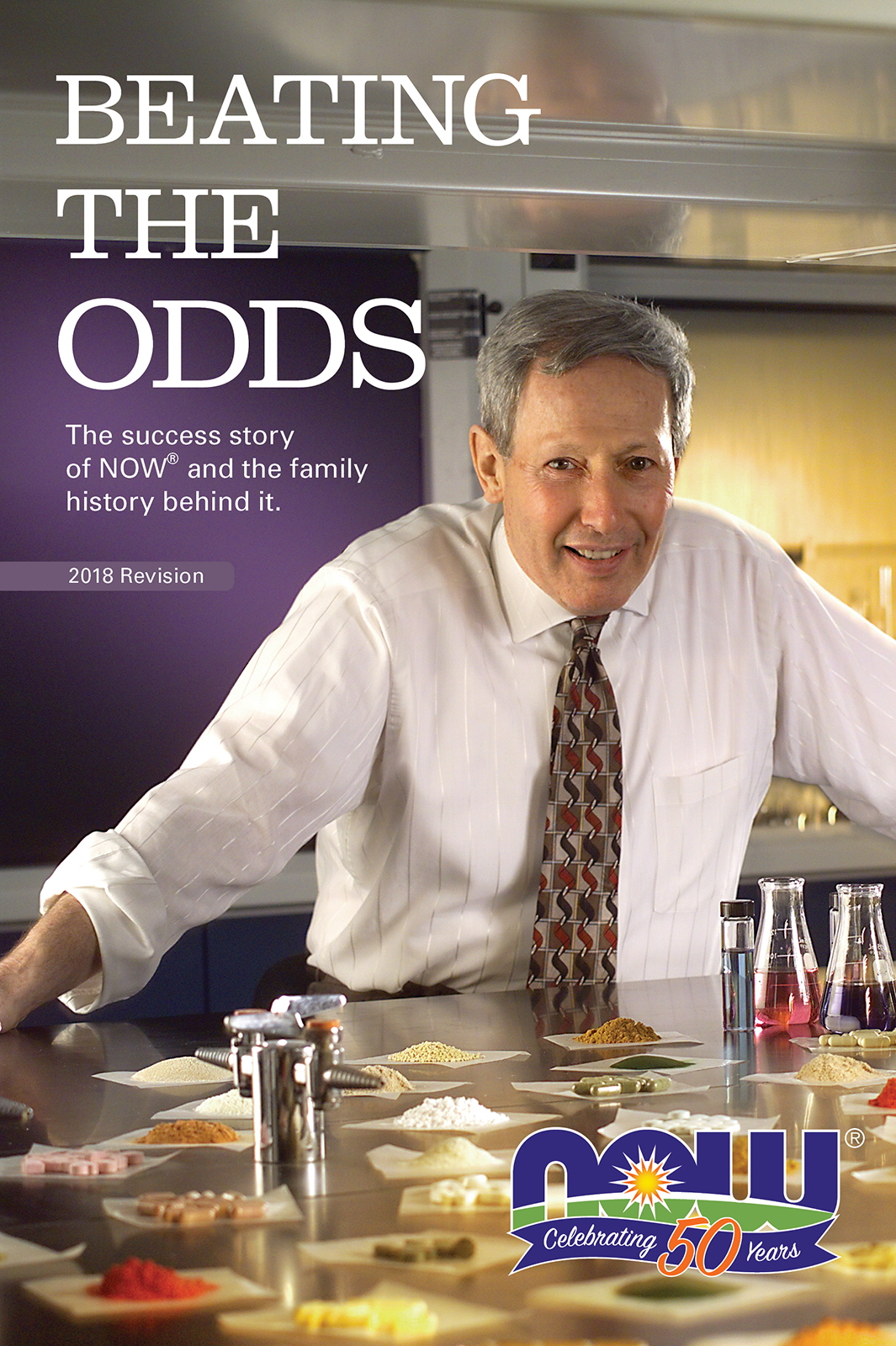 Today NOW is still owned by the Richard family and has grown to become one of the natural product industry’s most recognizable brands, providing one of the most extensive lines of natural products available. NOW has always remained true to Elwood’s original vision – to meet consumer need for health foods by offering affordable, high quality natural products.

Enjoy Beating the Odds, the inside story of NOW Foods, America’s most successful private nutrition company, including humorous insights into industry history as told by family member Dan Richard.

2000 – NOW earns GMP certification from the NPA (then NNFA) with an ‘A’ rating, and attains certified organic manufacturer status

2012 - NOW moves into its new corporate headquarters at 244 Knollwood Drive in Bloomingdale, Illinois