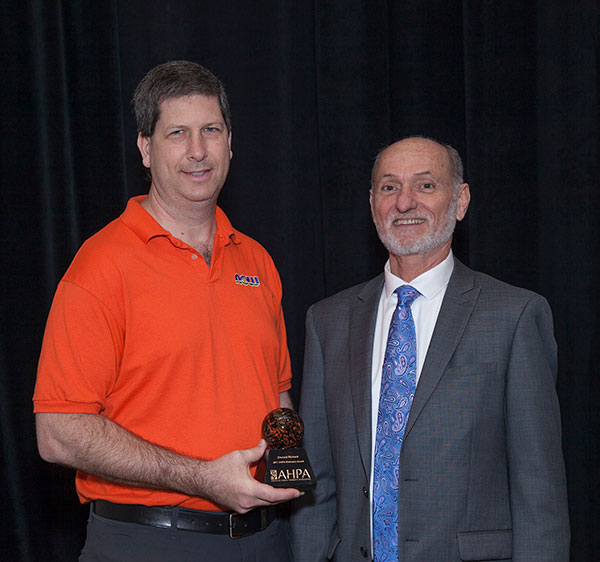 Bloomingdale, IL  – NOW founder Elwood Richard was honored by the American Herbal Products Association (AHPA) when the trade association presented its 2017 awards for “substantive and positive contributions to the herbal products industry” at the annual member meeting on March 9 at Natural Products Expo West in Anaheim, CA.

Elwood was chosen to receive the special AHPA Visionary Award because of his “pioneering and unprecedented efforts to promote the benefits of herbs and herbal products.”

"It is difficult to think of another individual who has had as much of an impact on the herbal products industry," said AHPA President Michael McGuffin in presenting the award. "Elwood's dedication to value and quality, and his unwillingness to compromise, helped set a high standard for the industry."

Because Elwood was unable to attend the event for health reasons, Dan Richard, NOW National Sales Manager, accepted the award on behalf of his father.

"My father strongly believed in empowering people to take control of their own health and wellbeing and dedicated his career to that end,” Dan said. “He has never been satisfied with basic levels of quality and research and always pushed the envelope to ensure the highest quality products."

NOW has been a member of AHPA since 1991, and has been involved at the board level over the past decade.