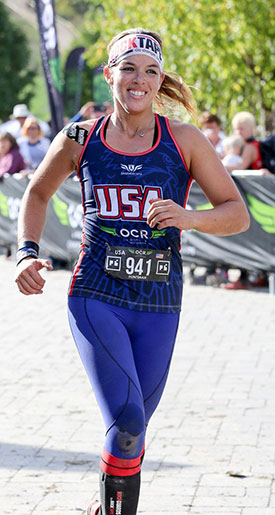 I’m Stephanie Huntsman, an Athletic Trainer from Northern Virginia with a passion for movement, be it my own or optimizing that of others. I currently reside in Las Vegas, NV, juggling careers as a Performance Medicine Therapist for Cirque du Soleil, Fitness Instructor at TruFusion, and traveling nationwide with RockTape. And, in case that wasn’t quite enough, I’ve embarked upon my journey to earn my IFBB Pro Card.

And then there was mud - As I started my graduate studies, I allowed my curiosity to get the best of me, and enrolled in a few aerial classes at the Phoenix Dance Studio; before I knew it, I was suddenly able to complete pull-ups. With the confidence that inspired, I signed up for my first Tough Mudder in 2014, as a means of celebrating the completion of my thesis and MEd at the University of Virginia. One of the Track & Field athletes I was working with at the time asked if she could join me, and off we went to conquer ten miles of obstacles as my classmates slept off their hangovers. Over the next year, I would complete a total of 16 Tough Mudders, earn my Spartan Trifecta, be one of eleven official finishers at the Wintergreen HH12HR, and compete at my first “endur-OCR” event, World’s Toughest Mudder. 2016 became a year of experimentation with both my nutrition and training, attempting to identify weaknesses and subsequently hone them into strengths. March brought BFX24, BattleFrog’s take on a 24-hour OCR, and it proved to be a fantastic testing ground, as I was able to complete 55 miles without a single hitch nutritionally. Much of the summer was spent focusing on strength and technique, and as the latter half of the season approached, the work became evident as I found myself on the podium twice, both times at events requiring mandatory obstacle completion, which served to sweeten the achievement. In October, as a first-timer at OCRWC, I set a humble goal of “finishing each race with my band” (i.e., 100% obstacle completion,) and left Canada with all four intact. An unforeseen result of my nutritional and physical preparation was my ability to return to training shortly after WTM, when the same race a year prior left me sidelined for nearly three months. After my 2017 OCR Season left me sidelined due to multiple injuries, I made a final push to the podium at OCRWC’s inaugural 24-hour Enduro World Championship before stepping back from competitive racing.

Under construction - Not one to stay down for long, I put my heart and soul into my recovery with every intention of avoiding surgery, and along the way developed the confidence to pursue my first bodybuilding competition in June of 2019. Although I discovered that lifting for aesthetics is an entirely different beast than lifting for obstacle function, my nutrition and supplementation was a no-brainer knowing that I had NOW on my side. Since I fell far short of my goals in June due to differences with my initial coach, I joined forces with a new coach and team immediately following my competition. I filled my cabinet with creatine, supplements, and vitamins, and I am excited to achieve my goals in bikini and hopefully wellness over the upcoming seasons. 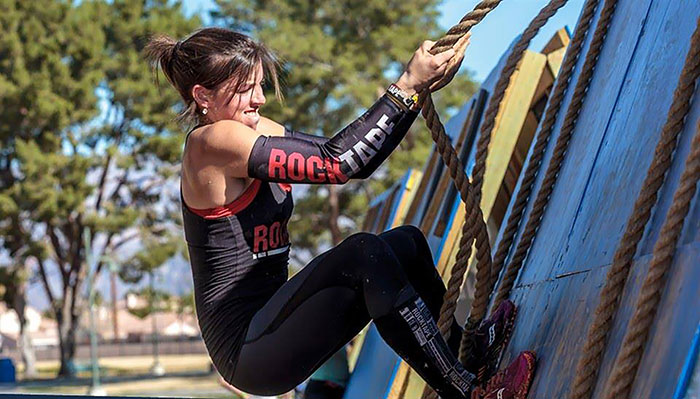 Why Now? - As a healthcare professional, I have always felt compelled to set an example by demonstrating both capability of and culpability for my health and well-being. One of the most overlooked and underestimated aspects of performance and recovery is nutrition, something which I myself did not take seriously until my mid-twenties. Since about 12 years old, various eating disorders had left me with skewed attitudes towards food, and all the knowledge I gleaned through my studies at Penn State and the University of Virginia just couldn’t quite push me over the edge. When I was diagnosed with Celiac in 2013, it drastically altered my approach to nutrition, and gave my previous preoccupation with calories a new target. It wasn’t until the conclusion of my race season in 2015 that I began to fully understand the impact of proper fueling on my performance (and finally started to eat BEFORE racing!)

After trying numerous protein powders, I stumbled across NOW® Sports Natural Unflavored Whey Protein, and was relieved to find a gluten-free, easy-to-digest protein that didn’t leave me feeling “whey-ed” down (sorry, I couldn’t resist!) or gassy. I have since gravitated towards both their Grass-Fed Whey Protein Concentrate, as well as their Pea Protein for the days when dairy and I just aren’t agreeing. Further exploring their product line, I initially added their multivitamins, opting for the prenatal to insure optimal iron levels, and have since expanded my cabinet greatly to support my nutritional needs when bodybuilding. In addition to a wide array of quality natural products, it’s always heartwarming to support a family-owned company, and one of which I am quite proud to be an ambassador – it’s been such a treat to watch NOW® expand their reach, and it always puts a smile on my face when I come across their products in-store! 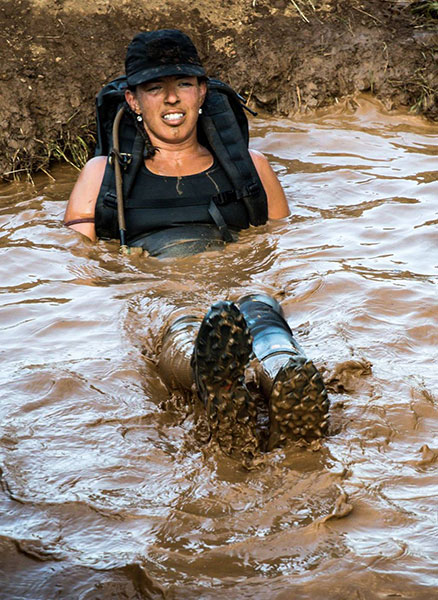 3rd in division at OCRWC Enduro24

Mix/Blend thoroughly in a bowl, transfer to serving container and refrigerate for two hours.

Mix/Blend until frothy, and enjoy!