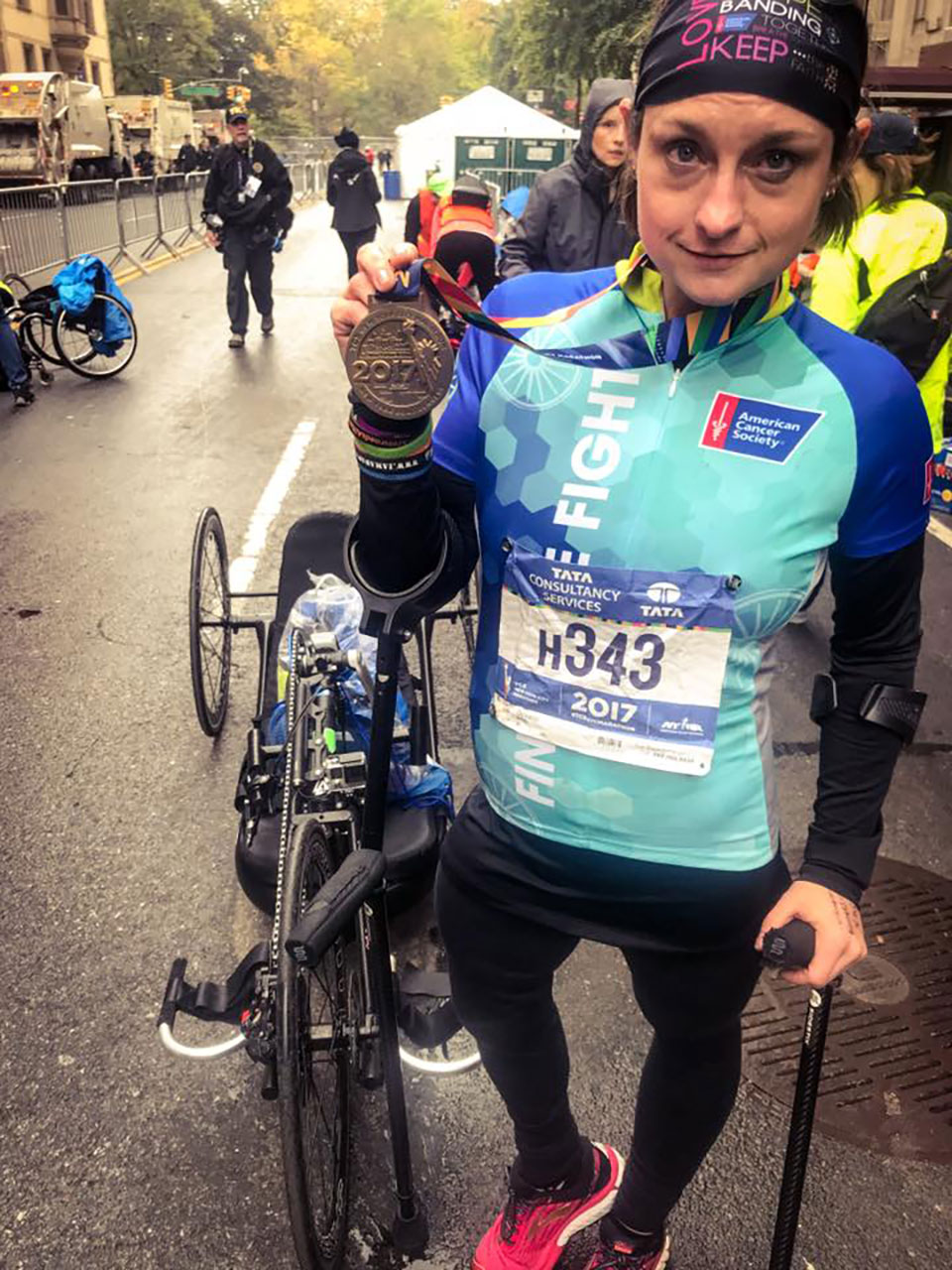 I train 5-6 days a week; sometimes twice a day. I do cardio. I lift weights. I count macros. But, I’m not your typical athlete. I’m a childhood cancer survivor. I’ll spend my life on crutches. I’m missing a hip joint. My femur was replaced by a donor bone. My pelvis is fused. My right leg is 6” shorter than my left. But, I’m a marathoner. Not only am I a marathoner, I’m a marathon winner.

In the summer of 1990, I broke my hip while attempting to catch a pop-fly in a little league softball game. It went undiagnosed for three months. Once diagnosed, the injury refused to heal. In January of 1991, I underwent exploratory surgery to determine the cause. Just hours later, my life was forever changed.

On January 20, 1991, I was told I had six weeks to live. I was diagnosed with osteosarcoma of the right femur and hip. My parents were told to bring me home, make me comfortable, and plan my funeral. We refused to listen and sought a second opinion, then a third. Ultimately, we sought treatment at Massachusetts General Hospital. While in the hospital, one of my favorite ways to pass time was to have my bed pushed up against the window so I could watch the runners as they made their way along the Charles River. I decided then that IF I grew up, I was going to do the Boston Marathon. 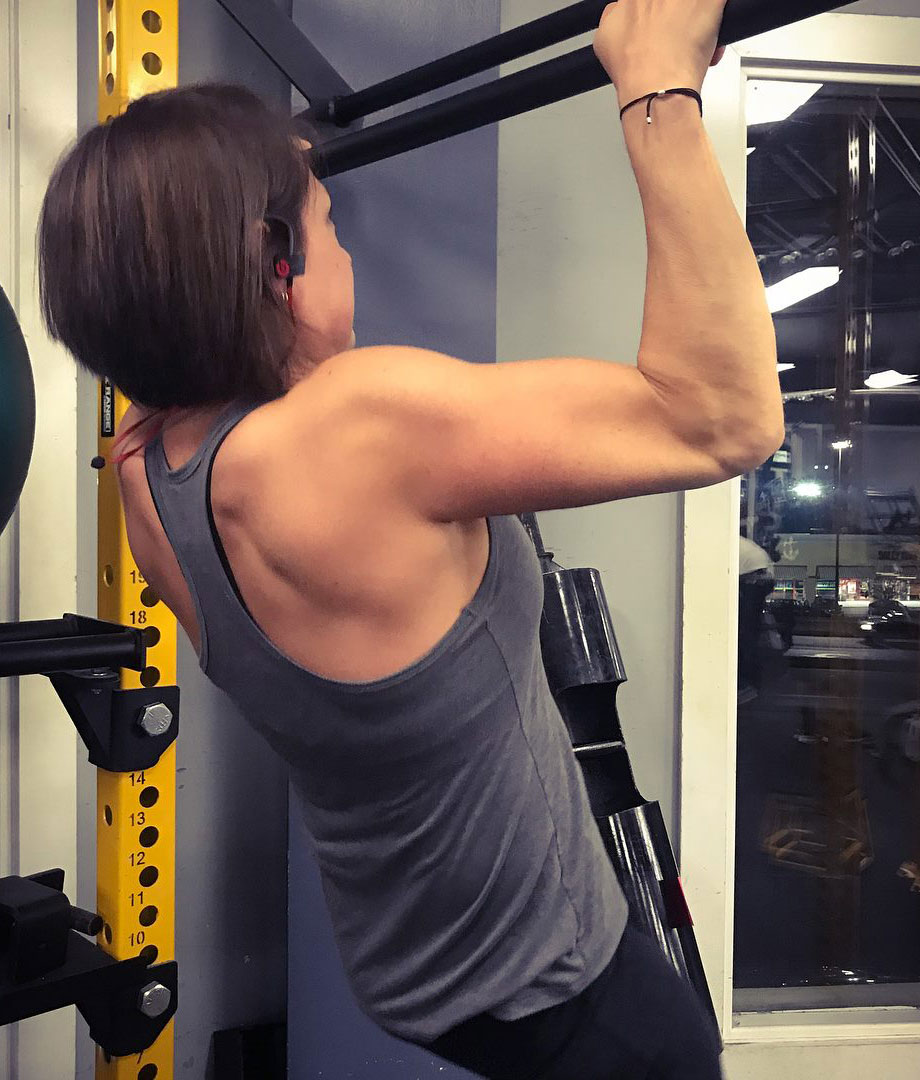 I sat on the sidelines for 24 years, becoming unhealthy, gaining weight, and growing weaker. I was desperate to change my life. When I was unable to finish a charity 5k, my husband and I joined a gym. Three years later, I crutched my way through the 26.2 mile course of the Boston Marathon Jimmy Fund Walk. The day fueled my passion to be active again; it also did irreversible damage to my wrists and shoulders. Yet, I was desperate to know what it would be like to be an athlete.

That desperation led me to handcycling. In April of 2015, I received a handcycle from the IM ABLE Foundation and began training. Just one month later, I competed in the Vermont City Marathon, placing 4th in the Women’s Handcycle Division. I knew my finish times were lackluster at best, so I set out to find a coach. After being turned down four times by local coaches, I finally got a yes. Larry Roberts not only worked with me, he taught me the importance of proper nutrition and effective workouts. With his help, I dropped 40 pounds, became leaner and stronger, and started racking up wins. The newfound strength also lead to competing in Spartan races.

The ultimate BEST DAY EVER was crossing the Boston Marathon finish line on April 15, 2019 as the first female handcyclist. I stood in absolute disbelief as a laurel wreath was placed on my head and an American flag was draped over my shoulders. As the National Anthem played, it seemed like a dream. 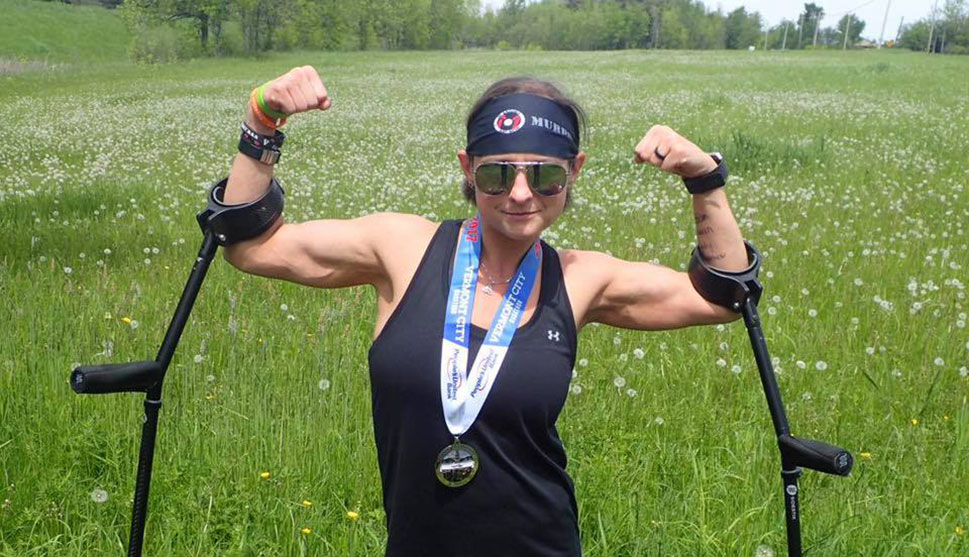 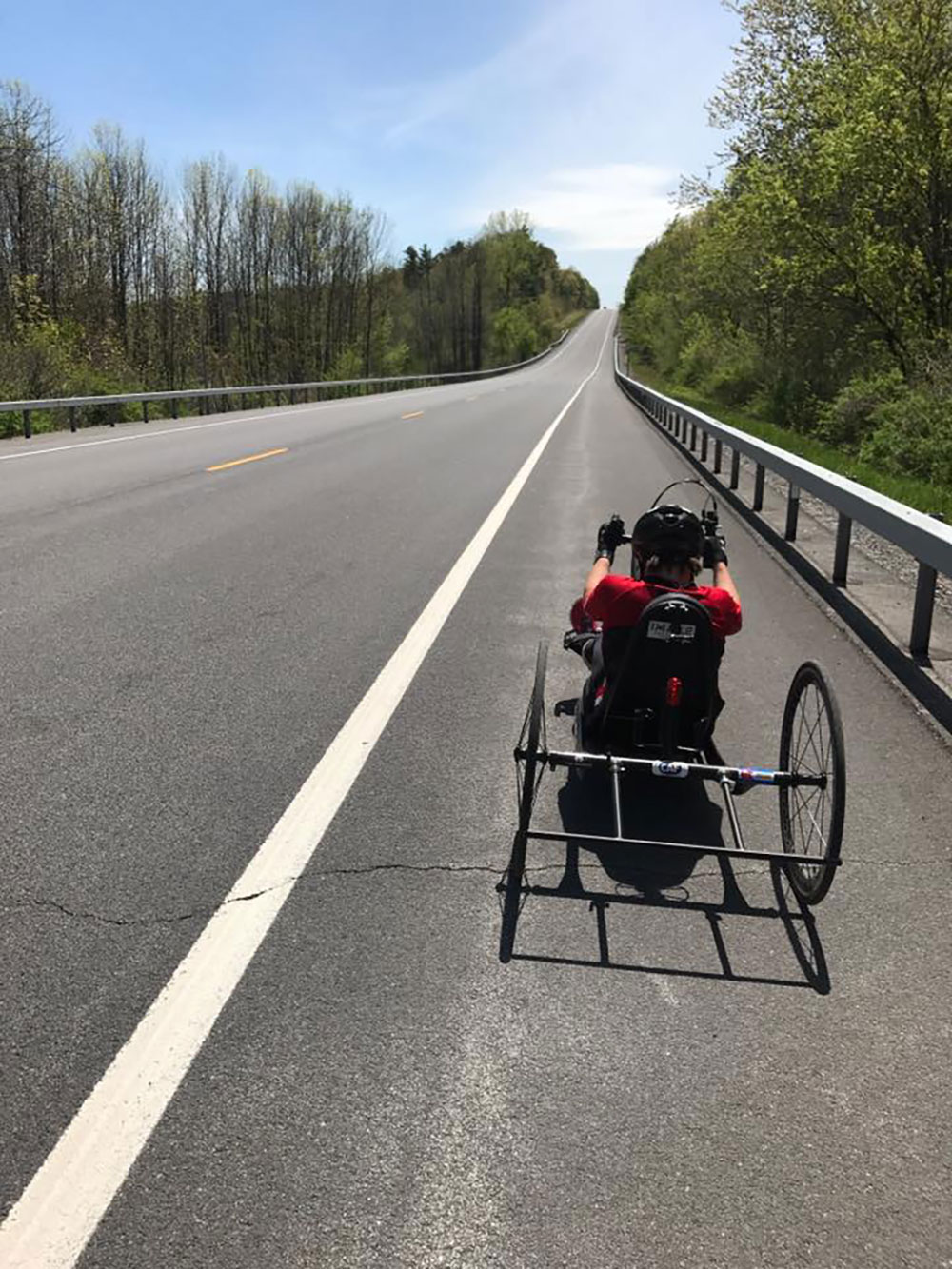