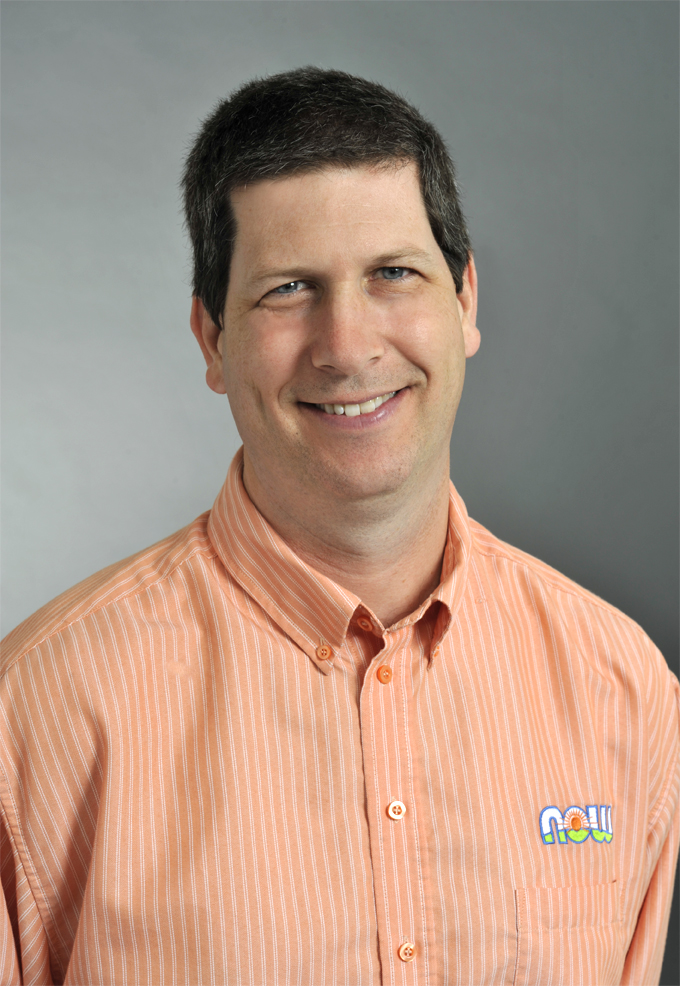 As the youngest son of NOW’s founder Elwood Richard, Dan Richard was practically born into the natural products industry.

He began working at NOW as a pre-teen, packaging various NOW products at the company’s first facility in Melrose Park, Illinois. He was soon promoted to a new position working at the family’s local health food store as a stocker, where he handled a variety of daily responsibilities. It was during this period that Dan first began to learn the intricacies of a health food store and the natural products industry in general. Eventually Dan moved from retail operations back to NOW’s Melrose Park facility, where he stocked and picked orders in the warehouse after school.

After finishing college Dan rejoined NOW full-time, this time taking a position in the sales department. He hadn’t planned on working in sales upon his return, but slow company growth necessitated his involvement. It was either improve sales or go out of business!

Through hard work and strong faith Dan gradually increased NOW’s sales to respectable levels, as well as implemented numerous improvements in packaging, purchasing, and new products. Elwood gave Dan a lot of responsibility at a very young age, and it paid dividends down the road. When Dan joined NOW full-time in 1985 NOW was selling under one million dollars annually. Today, with Dan still at the helm of sales, NOW’s various divisions sell more than that every day!

As one of NOW’s first employees, Dan is especially appreciative of NOW’s 1400+ employee base, their diverse skill set, their passion, their dedication to the natural products industry, and to NOW’s mission – to provide value in products and services that empower people to lead healthier lives.

Dan is also very appreciative of the bountiful blessings the company has enjoyed for so many years, and has written a book about NOW’s colorful history, “NOW: Beating the Odds”. He looks forward to a bright future at the company for the next generation of the Richard family and all of NOW’s employees.

Most importantly, he’s thankful for the support of NOW’s loyal retailer base, the biggest reason for the company’s continued success.